10th September 2009 and London's advertsing population awoke to sunshine and a day of bubbling anticipation for their industry's biggest running event, hosted on the day by LGN and in partnership with industry patrons NABS.

The Inter Advertising 5km was designed to bring to life LGN's Run Club philosophy that running as a tool for life fitness is absolutely for everyone. And with LGN expert guidance we hope all runners were inspired to discover why running is the most flexible, costs effective and powerful way to achieve genuine wellbeing wealth.

If your company were infused with 5km running joy and you think they could benefit from a cost effective LGN Run Club as enjoyed by M&C Saatchi, DDB, McCann Erickson, TBWA, MediaEdge:CIA et al - we would love to hear from you at info@lgnwellbeing.com

On the competitive side DDB UK had won our Inter Advertising crown for the past 2 years and with CEO Stephen Woodford at the helm they certainly had a good chance of retaining glory, but with revised 2009 team scoring implemented to encourage smaller agencies and nearly 800 runners entered on the day, the question on everybody's lips was could they really do it for a third time?

However, after a compelling and hugely exciting race it became clear that we would be crowning new champions in 2009 and we are delighted to announce that the new Inter Advertising 5km champions are McCann Worldgroup!

Both LGN & NABS would like to congratulate all 700+ runners for making the 2009 Inter Advertising 5km something very special with over £10,000 being raised for charity. 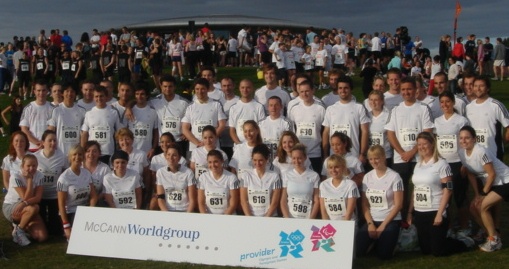 Please find the team result below, hats off to DDB UK for defending their crown with pure corinthian spirit and also a big salute to all companies who fielded multiple endorphin enriched teams.

With regard the individual results, special congrats to Adrian Passey of Lowe and Emer Stamp of Adam & Eve for claiming victory as fastest man & woman in ad land.

(Special note for the mere mortals who raced today, as you were actually rubbing shoulders with some iconic British runners. Adrian Passey has raced at the highest world stage for team GB and has a staggering 5km PB of 13 minutes 22 seconds, while Kevin McKay of McCann has been to both the Olympics & World Champs where his 1,500m PB of 3minutes 34 seconds would leave Sir Rodger Bannister trailing in his wake by 10 seconds. Suffice to say therefore the quality at the front of the race was special, so hats off to the guys for dusting off their competitve spirit and well done to all of you for making them both sweat for it.) 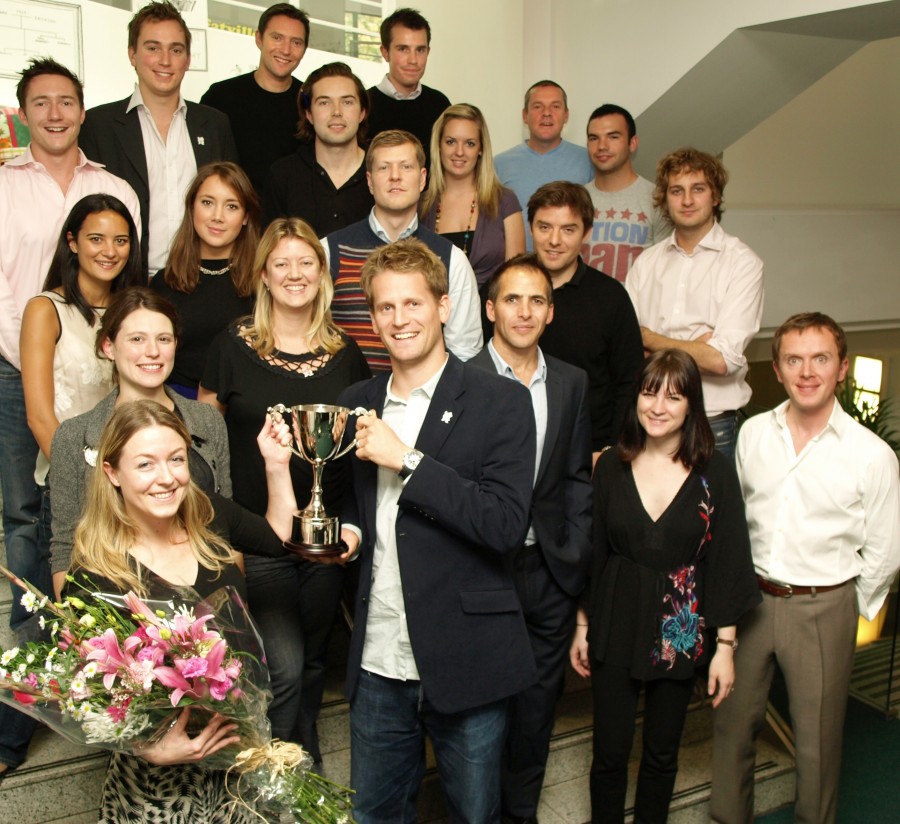 (The race time keepers hired by LGN apologise to all those runners who were caught up in the finish line bottle neck, LGN were video recording the finish and have been able to adjust many of the timings for the runners who went through the timing funnel and had their number regsitered by the race officials, however we would like to also apologise to all those who had their recorded times adversely effected by this congestion. For the 2010 edition of the Inter Advertising 5km we have already now agreed to use the latest chip timing technology and thus enable a mass finish without requirement for manual time keeping.)

Congratulations to everybody who ran on the day, for helping to raise £10,000 for charity and we hope to see you back next year for a bigger and even better Inter Advertising 5km.

And if some of you were running inspired, please contact the LGN team (info@lgnwellbeing.com) for info how we can get you and your company dosed up for yet more legal & healthy endorphin highs.

Happy running from all the team at LGN