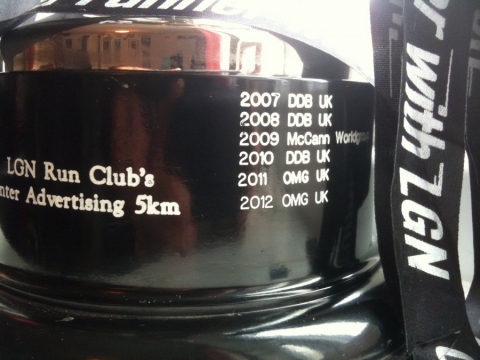 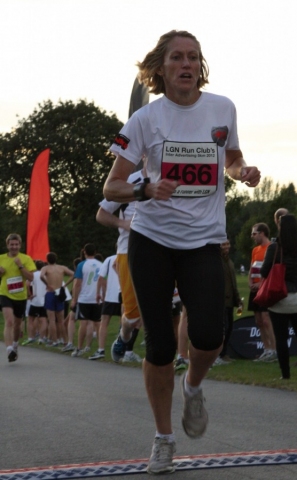 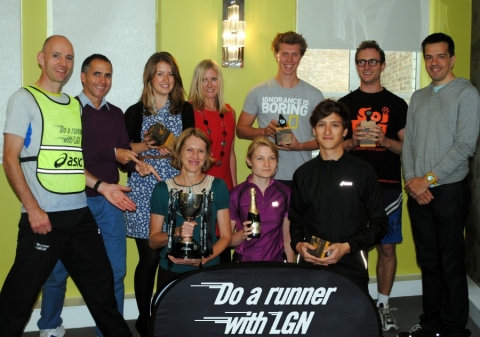 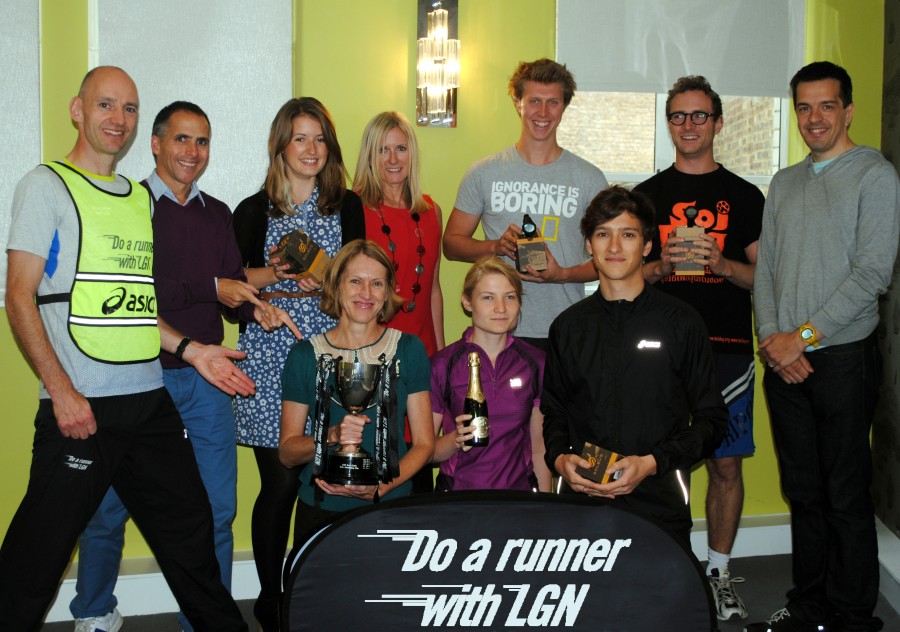 Congratulations once more to OMG UK runners for creating such superb team atmosphere on September 13th and ensuring they not only won the team prize but equally important retained industry bragging rights for another 12 full months.

And finally...OMG UK throw down the 2013 gauntlet

Following Media Week's coverage of this year's 2012 LGN 5km result and fact some media agency team captains questioned OMG's umbrella company team approach, Ingrid Wagner (OMG UK team captain) threw down the gaunlet for any company to try and match them for size and speed in 2013.

The LGN team look forward to seeing all industry teams back for the 7th annual Inter Advertising 5km on September 12th 2013 and would be delighted to provide our LGN Run Club service to assist your challenge - for more information please email info@lgnwellbeing.com

Happy running from all the team at LGN!